At right, the marriage of Herman Manske and Alvina Stelling  ►

Children of HERMAN MANSKE and ALVINA STELLING are:

Below is a photo of Al and Art Manske, twin

brothers (not identical).  This was taken in 1929,
during their carefree bachelor days.  Al Manske
is on the left.

Notes for HERMAN HENRY BROCKMAN:
He was a coal miner, came to Wisner Nebraska, 1893

Children of HERMAN BROCKMAN and HELENE AHLERS are: 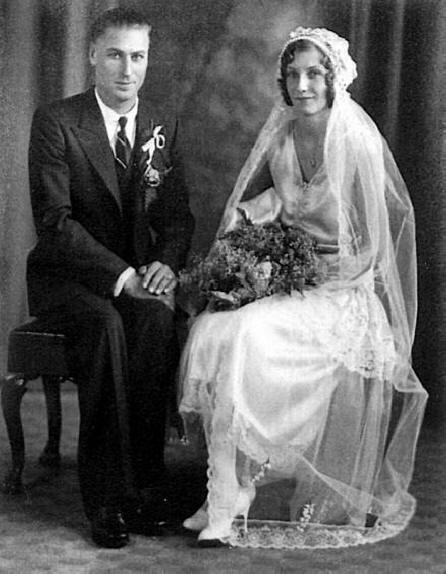 ◄Al and Lena on their wedding day 1931.  The photo was taken at DeLux Studios in Norfolk , Nebraska at 4 PM that day.

Below ▼is a photo of the church where they were married, Immanuel Lutheran Church, Osmond, Nebraska.  Lena was a lifelong member of the Lutheran Church and attended regularly.   Her faith in God shown through her always and was an example to all who knew her.

See here a story written by Lena Brockman Manske.  Lena always enjoyed writing and even in her letters to her son, Dennis, and me, she could make even the most mundane tasks of life seem interesting and important.  She lived her life hopefully and took joy in her faith.  I never heard her say an unkind word about anyone and she strove to be understanding of all.  She was an example to me.   If there was ever anyone I could define as a "Saint" she would certainly fit the bill for me. 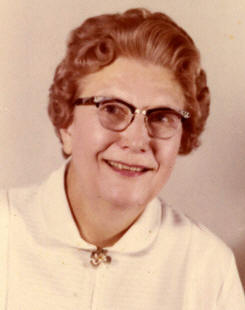 Children of ALFRED MANSKE and LENA BROCKMAN are:

Nebraska.    (See here photos of Dennis as a boy)

Children of LEE MANSKE and JENNIFER HURTADO are:

Children of KURT MANSKE and ANGELIQUE PALMER are:

Notes for HERMAN HENRY BROCKMAN:
He was a coal miner, came to Wisner Nebraska, 1893